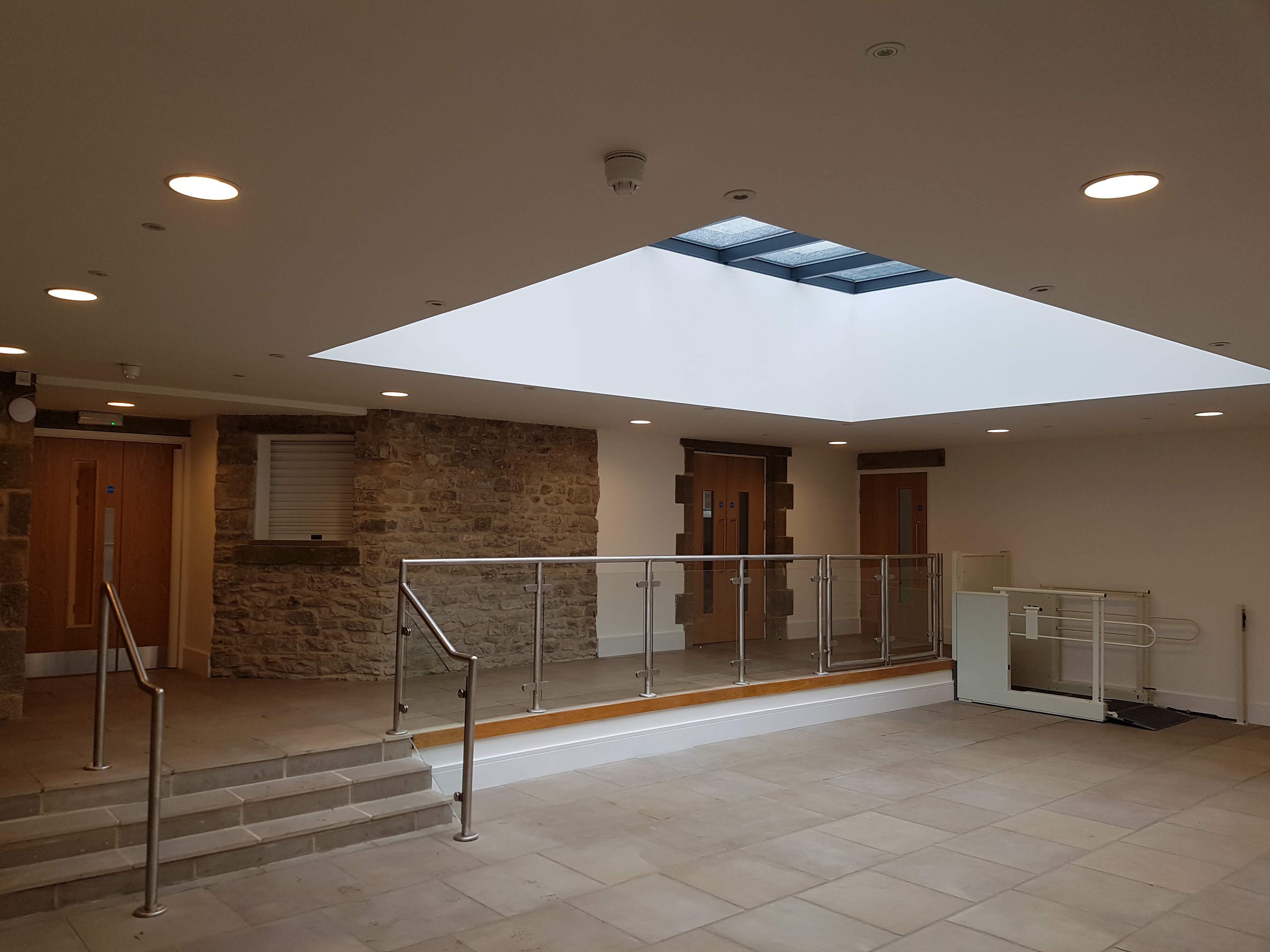 HKA has been at the helm of a forward-thinking architectural project in Tideswell – creating a stunning new model for village churches.

Two of its places of worship – the United Reform Church and the Methodist Church – had been merged into an Ecumenical Partnership back in 2010.

The next step was to forge one church building.

But the vision went further than that; both the United Reformed Church’s East Midlands Synod and the Sheffield District of the Methodist Church had their hearts set on creating something even more inclusive.

They wanted the interior of the ‘new’ church – including the traditional sanctuary –  to become the heart and hub of the village.

The URC Synod, Methodists and church leaders came to us ten years ago with their ideas. Back in 2009 it was something of a leap of faith for all. But one which sounded as exciting as it would be challenging.

And now, they have their wish – Fountain Square Church looks the same from the outside, but step in to discover a light, airy series of modern spaces which can be used for a multitude of events and gatherings.

The Sanctuary, where services have taken place since 1888, is transformed.  The neat rows of pews are gone. The altar and organ have been replaced by giant audio-visual screen. Further 21st century tech comes with hearing loops for the hard of hearing. Doors and floors have been altered to give easy access for wheelchair users.

There’s now a function room, a children’s play room and a stunning enclosed courtyard which serves as a cafe and meeting room, its glazed roof showing the heavens.

The people of Tideswell now have a vibrant, modern community hub and place of worship to be proud of.

Congregations are becoming smaller and big, ageing churches, although beautiful and a very important part of our architectural heritage, are becoming more and more expensive to run.

We see what Tideswell has done as a groundbreaking solution to the problems churches in many rural communities are facing.

It has been a great pleasure for us to be involved in creating a church which is now truly the modern heart and soul of the village and a shining example for others to follow.

We have worked alongside visionary, can-do people from the church’s steering team and the community of Tideswell. And many have become our good friends.

How we did it:

Our first task was to work out which church had the best potential for remodelling. We carried out a detailed review and feasibility study, which resulted in the United Reform Church on Sherwood Copse being sold for conversion into new homes.

The money raised went towards the extension and remodelling of the Methodist Church on Fountain Square.

It sounds a simple solution, but there were many challenges along the way.

The right scheme had to be found; the cost had to be assessed to give church fundraisers a target, and lengthy negotiations were needed with the Peak District National Park Authority.

After four years, things started to move forward and the church had enough funding to allow HKA to pull together the construction drawings and a contractor was engaged.

A major early hurdle was excavating bedrock beneath an area that was to become that glazed internal courtyard. It took two weeks  to remove tonnes of rock.

Other issues? Well the church was built over 130 years ago; some parts of the building had leaks, there was an ancient heating system and no access for wheelchair-users.

All these problems have been resolved. Tideswell now has a stylish, warm and modern church which costs far less to run… A place the whole community can now use.

Keeping the project on-track and on budget were major tasks and I am very proud of my team, who have worked patiently and diligently to keep a huge army of building, flooring and decorating contractors on-track throughout. 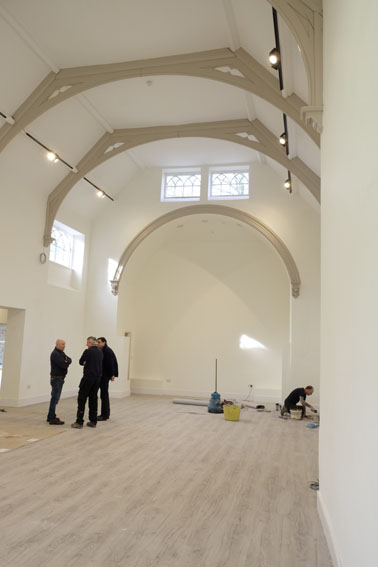